The Rolling Stones - One of Rock's Greatest 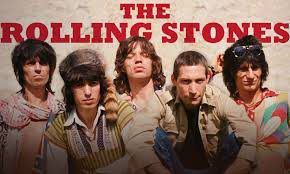 In November of 2012, the Rolling Stones played the first show of their fiftieth anniversary concerts in London. Many have wondered through the years how a rock band has lasted for fifty years, especially one with as much struggle as the Rolling Stones. To find the answer, one has to look back to the beginnings of the long career of a group of determined young men.

The Rolling Stones got their start in 1962, after childhood friends Keith Richards and Mick Jagger reunited unexpectedly in a railway station. After discovering a mutual interest in music, Richards and Jagger went to a popular jazz club and met Brian Jones while the latter was playing guitar with a band there. They also met Ian Stewart who found a practice space for the ambitious music enthusiasts, where they practiced together with other musicians they had found. After much debate, the final line-up for the band was Mick Jagger (b: July 26, 1943), Keith Richards (b: December 18, 1943), Brian Jones (b: February 28, 1942; d: July 3, 1969), Dick Taylor (b: January 28, 1943) , Anthony ‘Tony’ Chapman and Ian Stewart (b: July 18, 1938 Ian was considered too old and too square to be a band member; d: December 12, 1985),. The band was given its name by Jones who, during a phone call to Jazz News happened to see a vinyl LP lying on the floor. The recording was by American jazz musician Muddy Waters and featured a track titled “Rollin’ Stone”.

A highly successful band beloved by millions around the world for over fifty years, the Rolling Stones have changed the face of music and left their mark in history. They persevered through many hardships, and were able to fulfill all of their ambitions and more, even though they started with little resources—just a few determined musicians and a dream. And those same musicians will continue to rock the world until they decide the world no longer needs the Rolling Stones.

The Rolling Stones faced obstacles on their way to the top, including illness, drug abuse, arrests, and breaks in relationships. Yet through all of this, the band was able to put aside differences, and overcome addictions to achieve their dreams. Although they were not always met with positive reactions, they would adjust and stand back up to fight another day. They have been rewarded in turn with fifty years of unprecedented success. Don’t let bumps in your road to success stop you in your tracks. If you are hit with obstacle after obstacle, learn from them, and continue to stand back up to reach your dreams.

The Rolling Stones had role models to look to as they started their way up to the top. Jagger and Richards were both inspired by the blues, and they incorporated them into their own form of rock and roll in a move which changed the scope of the genre. The band continued to play with other bands throughout their career, including them in recording sessions and tours, so they could learn from each and inspire others to eventually become role models of their own. If you have role models in business, look to their example and learn from them. If you get a chance, you could even talk to them personally.

There are often set ideas when it comes to genres, or different types of businesses. The Rolling Stones originally were only doing covers in the field of the blues, and they were later inducted into the Rock and Roll Hall of Fame. By incorporating other ideas of different genres into the sound they enjoyed, they changed the ideals of music’s genres. This lead to the popular idea of certain genres to be expanded, and now the Rolling Stones are considered to be masters of rock and roll. If people are trying to confine you into one type of business, and are telling you what you have to do in those boundaries, don’t be afraid to take ideas from other businesses. Types and variety can be shifted and grow in many different platforms, don’t think you are confined to popular ideals.

In the case of the Rolling Stones, the legendary band almost fell apart when two of its main members couldn’t settle their differences. That is, until, they realized they are about to lose everything they fought so hard for, and they decided to work together for the greater good of the band. This can happen in any business as well. Personalities are bound to clash, and tempers run high, but what you need to remember is that you should work with varying personal feelings and personalities so that your business can succeed.

5. Enjoy What You Do

It is important in any aspect of your life, including business, to enjoy what you are doing. If you actually enjoy what you are doing, you are more motivated, and therefore you won’t tire of the idea too quickly. The Rolling Stones were always known for the live performances they gave, with the ability to draw in enough people to set world records. What really made them successful was the fact that they could connect with their audience or customers by sharing something they both enjoy. Find something you are passionate about, start a business, and share it with the world.