The Beatles - One of Rock's Greatest 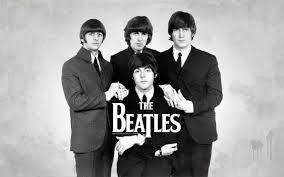 Every dream needs to start somewhere. For the Beatles, it started in 1957 when then sixteen year old John Lennon (b: October 9, 1940; shot to death: December 8 1980) formed a skiffle group with friends from his Quarry Bank School in Liverpool. (“Skiffle” is a combination of jazz, blues, and folk.) It wasn’t a very successful start, as the group hadn’t even settled on a name for their band, but they all had the passion and drive to start working towards a common goal. The group called themselves the Quarrymen, and a fifteen year old Paul McCartney (b: June 18, 1942) was invited to join the group after he met John Lennon at a church picnic. McCartney started as a rhythm guitarist and in 1958 he invited his friend George Harrison to watch the band. Harrison took quick interest in the band and he auditioned for Lennon soon after, but Lennon was concerned with Harrison’s age, as the boy was only fourteen at the time (b: February 25, 1943; d: November 29, 2001). After a month of persistence on Harrison’s part, the Quarrymen made Harrison their lead guitarist.

By 1959 all of Lennon’s friends from Quarry Bank had left the band, leaving the three guitarists—Lennon, McCartney and Harrison—to continue on their own. Billing themselves as Johnny and The Moondogs they played small acts whenever they could find a sit-in drummer, but the acts were few and far between. They eventually added a bassist to the band as Lennon’s friend from his new school, , joined in January 1960 giving the band some variety from the original three guitars. Stu (b: June 23, 1940; d: April 10, 1962) was an art student, not a musician, so it makes sense that it was Sutcliffe who suggested the band change their name. In May they became Beatals. In early July that changed to Silver Beetles as they began a tour with a pop singer named Johnny Gentle. In mid-August, it was finally decided that the group would call themselves the Beatles.

The Beatles’ success was widespread and extremely quick, leaving in their wake a changed view of music and politics. The partnership of the Beatles can be related to partnerships in business, showing everyone that success can start from anywhere. There are many business lessons to be learned from the group of young men that would be known as the Beatles.

1. Everyone Has to Start Somewhere

The phenomenon of the Beatles all started when one person decided to give his dream a chance and he formed a group with friends. This is a lesson that should be given great consideration in all businesses. Success doesn’t simply happen, and a business will not appear suddenly just because one dreams of it. There needs to be effort, and there needs to be a start. Begin with research, and pitch ideas, because you never know when someone will take interest, and before you know it, your business is established and the world is your playing field.

Despite the hardships the Beatles faced as they became insanely popular, they still allowed growth to happen. They did not shy away from the responsibility or the change that happens when companies or partnerships begin to grow. This can be applied in your own business. If you find that supply and demand are growing beyond your capabilities, don’t be afraid to lose a little control of your company. Delegate and get other people to help you manage operations, so you can rise to meet the growth that is happening around you.

3. Be True to Yourself

An important lesson to remember is that you can lose sight of who you are, and where you came from. The Beatles were asked to be more professional so that they could gain more commercial opportunities, but they were still able to let the individuality that made them so popular shine through. Just because you have to make a good impression on the people that you want to either build your company with or buy your products, doesn’t mean you should be afraid to show who you really are. Find your niche; if your company started in a farming community, show that to your consumers. People generally accept and even admire the hard work it took to get your company where it is now.

4. Stay Attuned to the Needs of the People

When fans wanted the Beatles to become an icon for a political movement, or when they wanted a different sound for the band in order to get a record deal, the Beatles decided to take it in stride. If your business starts to lose sales because you are in a rut, and refuse to change with the times, it is very hard to make a connection with the people you are talking to. If people are demanding change, and you know that it is possible, don’t be afraid to try it out. You never know when a new piece of technology would revolutionize business as we know it.

5. Know How to Let Partnerships End

Sometimes good employees want to go their own way, or grow in a different direction than that of the company. The Beatles often had to let different members of their band go, and they even ended up separating at the end of their own journey. When conflicts appear in your business, or you sense that an employee or a business partner wants to go in a different direction, don’t be afraid to let them go. You don’t have to fire someone or go through a tough lawsuit, but instead sit down and chat about what direction they wish to go. Be cordial, and you never know, you may be able to work together again when they have their own business.