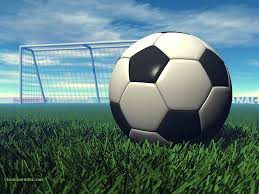 With millions of fans and players worldwide, soccer is arguably the most popular sport of all time. Soccer comes from an internal desire to succeed and satisfies the need to be a part of an entity. It is seen as a means by which unity can achieve a larger goal. Soccer seeks to put the priorities and necessities of the team above those of the individual. It represents diligence, patience, and determination.

The following are 5 lessons we can take from soccer and apply to business:

In the business world as well as on the soccer field, it is evident that each person has different strengths. We have varying talents and contributions. On the soccer field, each player has a role to fulfill in order to win. Business is similar in the sense that we must not depend solely upon ourselves. We are not perfect, so it is illogical to expect absolute perfection in all aspects of our business. By working and depending on our partners we will not only be more successful, but will achieve a higher level of happiness.

2. Know Your Position and what is Required of You

It would be rather comical to see a goalie attempting to score while leaving his own goal wide open for the opposing team. To view a forward attempting to solely play defense in his goalie’s territory would be of equal surprise to a crowd. Likewise, people in a team for business should play the position they are assigned by the employer. The employer, like the coach, can see the bigger picture and knows their players. They will assign people to a certain position because they believe that is where their strengths lie. When each player knows the role they are assigned, and sticks to that role, they can more efficiently work as a team.

3. Perseverance is Key to Success

A soccer match is long and can be tiresome on the body and mind. There are relatively few breaks and it may be tempting hang back and put forth less effort. The attitude previously described is one easily accepted by many players. The ones who consciously choose to forsake such thoughts and habits are regarded as victorious and become the famous players we know today. In the corporate environment the same tendencies and temptations are continually placed upon the bodies and minds of a large number of businessmen. Although tempting and even intriguing, those who are mentally tough and have a true desire can overcome and be victorious.

4. Practice what You Preach

Coaches gain their credibility among players and fans because of what they have done, not just what they say. Their players need the peace of mind that comes from knowing their coach has experience. Likewise, it is difficult to run a business not having experienced many of the burdens and hardships that the employees face in their day-to-day business affairs. Being able to relay past experiences in business with employees will gain the respect of the firm at large and establish a good level of loyalty.

5. Remember the Value of a Good Defense

Some of the most undervalued positions in the game of soccer are those of the goalie and the fullback. They do not typically score goals and are not seen as entertaining or exciting. They are, however, the means by which most games are won. Businessmen can take this principle into account when considering company funds. Before purchasing the next big asset, check to reassure that you have the means by which to finance such an acquisition. Establish a sound and secure foundation before seeking to branch out or launch new ideas.