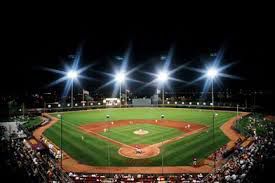 Baseball is known as America’s pastime. It is a game of both recreation and intense competition, for youthful faces as well as seasoned hands. Baseball is a game riddled with statistical scrutiny and beliefs in curses and jinxes. In this chapter we will examine Baseball’s legendary beginnings, the sport’s growth and expansion in the United States, and some of the unique aspects of the game.

The following are 6 lessons we can take from baseball and apply to business:

Baseball did not have a concrete beginning. It first started as a casual ball game that became popular among the local inhabitants of cities in the New York area. However, rules were not well defined and players of differing clubs argued over rules and regulations until the Knickerbocker Rules became accepted and implemented. The establishment of standardized rules allowed for teams from all over the country to compete against one another without the problem of incompatibility among game play. The standardization of rules led to formal organizations and foundations to be formed which have led to the successful establishment of baseball in American culture, history, and society. Just as it has positively affected baseball, the standardization of policies, programs, and goals are critical to the initial and progressive growth and establishment of a business. A business needs to have a clear and established vision, mission statement, policies, procedures, and programs that can be understood by all employees of the company. This allows for further development and expansion.

While there are nine fielding positions, and nine spots in the batting lineup, each of the positions (i.e., catcher, pitcher, baseman, outfielder, short stop; or table setter, slugger, bottom of the lineup) comes with its own specific tasks. The tasks in each position are understood and executed by the assigned players to maximize efficiency and to minimize errors. Likewise, in business, managers need to understand the various responsibilities of each job in their company. Managers need to train their employees on their respective positions. A clear understanding of job responsibilities and expectations will lead to greater efficiency, minimize inter-role conflict, and improve overall cooperation. Most importantly, it will also help managers place the right employees in the right positions.

Just as baseball coaches and managers need to know the responsibilities of each position, they also need to know the strengths and weaknesses of each of their players. Knowing this allows managers to know where to place each athlete on the field for the team’s greatest possibility for success. The same principle applies to your business. You need to know the strengths, weaknesses, likes and dislikes of your employees so that you know where best to place them in your company. Mismatching an employee with a job can lower productivity and employee satisfaction.

Recognize your key players. Just as the batting lineup has its table setters, sluggers, and bottom lineup, so does a company. It’s crucial to know who your key employees are—those who exhibit organizational citizenship, or going above and beyond the call of duty. Also, know who your average but good workers are, and which employees struggle to be committed to the company’s objectives and mission. Understanding who your key employees and weaker employees are will allow you to know confidently which employees can fulfill certain positions and complete certain responsibilities. Just as in baseball, coaches spend a lot of time training their players to strengthen weaknesses; in your business you must do the same. Once you have identified the talent among your employees, you’ll know who to assign to projects, who to reward for their performance, and who to train for their deficiencies.

A baseball team is led by a team of managers and coaches, rather than just one coach instructing, training, and managing all players and all aspects of the team. This allows for time and specialized training to be dedicated to specific players, and allows for the multitude of important tasks of leading a baseball team to be accomplished. Effective leadership delegation is essential for a higher quality and efficient level of management. This holds true for baseball, as well as in business. As a business leader, you must be able to determine how to most effectively delegate leadership responsibilities to the areas of your business that need specific supervision, training, and continual coaching.

Finally, baseball teams track performance through key statistical measures such as At Bat, Runs, Hits, Runs Batted In (RBIs) and Batting Average (Avg). A baseball player’s statistics are tracked for coaches and managers to know how the player performs along various domains of the game, allowing management to utilize players where they’ll be most productive, and to know where they need to improve performance. Likewise, business managers should keep track of key performance indicators (KPI) among their employees and for the overall company to ensure efficient performance and to know where employees, or the company as a whole, may need to improve and be trained more thoroughly. With this information, mangers can make better personnel decisions, team decisions, and project assignments.