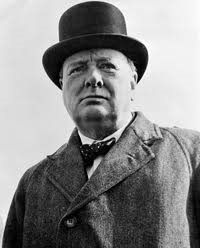 Sir Winston Churchill was an inspiring and pragmatic leader in a time when it was much needed. Now, today, we can still learn from his leadership style.

Churchill was the prime minister during the world war II. It was his zeal and unquenchable attitude that became a beacon to which inspired the British during this dark time. He gave a speech on June 4, 1940 which inspired the British to keep hope and optimism. People look to their business leaders as an example of attitude. Even in the darkest times business leaders are the ones who set the example of attitude for the rest of their workforc...