Peter Paul Rubens - One of the Greatest Artists 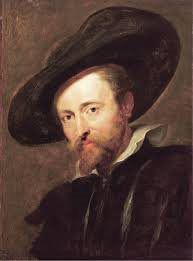 One of history's greatest artists was Peter Paul Rubens. Here are some business lessons we can learn from him.

Peter Paul Rubens was a prolific artist, diplomat and linguist. He produced over 570 works of art including paintings, drawings, engravings and prints. He drew inspiration from great master artists such as Titian, Veronese, Tintoretto, Caravaggio, Michelangelo, Raphael and Leonardo da Vinci. The influences of these artists can be seen in Rubens’ work, yet his pieces reflect his own unique style. Rubens traveled extensively throughout his life in pursuit of artistic knowledge and inspiration and as an emissary on diplomatic missions. His gift for diplomacy allowed him to navigate the often treacherous waters of conflicting religious views. Rubens maintained a workshop and studio where he employed and mentored apprentices much as he had apprenticed at the beginning of his career. His gifts for diplomacy and his lifelong pursuit of excellence produced a legacy of works that has endured and is admired even 400 years after his death.

Rubens has much more to offer modern business than a flattering term for fuller figured women and pretty reprints for corporate offices. Businessmen and women today can learn much by studying different facets of Rubens life.

Rubens studied the works of artists he admired. As was the practice of his day, he copied their work and added his own interpretation to it. Although he was heavily influenced by the masters he chose as his mentors, he incorporated their work into his own unique perspectives. Many businesses today incorporate a mentorship program for their new employees, especially in management positions. Businesses have learned that partnering young talent with experienced workers provides benefits for all parties. The less experienced employees gain knowledge and skills while minimizing mistakes and that initial awkwardness that people often feel when they join a new company. The more experienced workers gain the opportunity to share their knowledge and experience and develop the leaders that will be running the company in the years to come.

Rubens was particularly inspired by Caravaggio, Titian, and Veronese. He studied these masters’ use of color and form and their influence can clearly be seen in much of Rubens’ work. Business leaders often look to others for inspiration. Sources of inspiration can be found everywhere. Many business leaders find inspiration through political, religious or sports figures. Others are inspired by art, music, or nature. Still others are inspired by friends, family or close associates. Why do business leaders need inspiration? Inspiration is the food that feeds the spirit and keeps ideas fresh. Business leaders are often faced with making tough decisions and navigating rough waters, especially with today’s economy. Business leaders and their employees are under a great deal of pressure to do more with less. The perks that drive employee performance, such as raises and promotions, are diminishing as companies look for ways to increase profits and reduce operating expenses. Many employees work under a ‘motivation through intimidation’ model and face the constant stress of knowing they could be replaced at a moment’s notice. Although it may seem clichéd, an inspired business leader, in turn, inspires others.

Rubens traveled extensively throughout most of his life. He lived in different courts and represented his patron’s interests during diplomatic missions. He was a highly educated man and studied not just art but humanities and languages. Rubens was a gifted linguist, speaking six different languages. New experiences gave Rubens a fresh perspective on his life and this was, in turn, reflected in his work. Just as Rubens incorporated new experiences in his work, so should today’s business leaders. New experiences keep leaders fresh and better able to handle complications and challenges that they face in their work. New experiences through traveling, developing a new skill, trying a new sport energizes the psyche and recharges the battery so to speak. Business leaders who step out of their comfort zone and embrace new experiences avoid falling into a rut.

Rubens was more than just an artist. He was a scholar and a diplomat, serving several different courts and representing the interests of his patrons. Rubens was a skilled negotiator; he obtained permission to set up his studio and workshop outside of the court and accept clients independent from the court. This practice was most uncommon for an artist receiving patronage from nobility. Rubens lived during a time of great religious conflict and it is a testament to his diplomacy that he was so successful representing the interests of courts in the Spanish Netherlands, Italy and the United Provinces. Modern business leaders practice a form of diplomacy within their companies. They could benefit from studying Rubens’ example of diplomacy. Rubens was sometimes greeted with disdain when he traveled between courts. Today’s business leaders may encounter similar situations. The ability to work with people, and their unique personalities, is a skill that everyone in business needs to develop in order to be successful. Diplomacy is an art form unto itself and those leaders that practice it well are the ones that advance their careers. There is an anonymous saying that all business people would do well to remember: Be careful that the toes you stomp on today are not attached to the posterior you must kiss tomorrow.

Rubens was inspired by numerous artists throughout his career. He opened a studio and workshop in Antwerp in 1609. He worked with a group of apprentices and specialists to create several important works, including Prometheus Bound (shown here). Rubens also worked with a friend who owned a publishing company, creating drawings and engravings for printing. He trained a team of engravers in his style and to his standards to assist with this work. Business leaders today can follow Rubens example of mentorship and training to bring out the best of their employees. New employees frequently feel lost within a company during the early days of their employment. The early stages of employment are fraught with stressful situations where the employee is learning not just the particulars of the job, but also the culture and the politics of the company. A mentor can help the new employee navigate this awkward stage.

Rubens spent the last ten years of his life studying Titian and painting for himself. He began painting more landscapes and pastoral scenes rather than the portraits, religious and mythological themes that predominated his earlier work. Rubens studied and emulated several different artists throughout his life. A chronological study of his work shows the influence of these artists and the evolution of Rubens own interpretations. His later works reflect a more relaxed style with a lighter touch in handling the subjects of the work. Today’s businessmen and women are expected to follow Rubens’ example. Modern businessmen are expected to stay abreast of the leading developments in their industries. Leaders who are aware are more responsive to changes in their industry. They have the capacity to navigate change and guide their people through those changes. Leaders who are learning are open to fresh ideas.

Business in the modern world is driven by technology. This technology is constantly evolving and changing and businesses must adapt to these changes quickly or they with soon be out of business. A good example of this is the video rental industry. Ten years ago, companies such as Blockbuster and Hollywood Video thrived. Customers drove to the video store, shopped for their movies, paid a rental fee and took the movies home with them for a few days. When they were done with the movies, they returned them to the video store.

Enter internet streaming companies such as Netflix and Hulu and the video vending machine. These companies have changed the way people rent videos. Instead of driving to a store, customers simply subscribe to a service for a small fee and have instant access to thousands of movies without ever leaving their homes. As these businesses have thrived and grown, Hollywood Video and Blockbuster are closing their doors. If the leaders of these companies had been learning about the changes in their industry, they may have been able to respond to these changes and remain in business today.