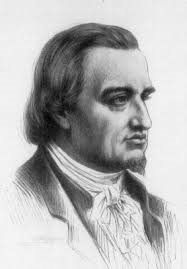 Mayer Amschel Rothschild was born in 1744 in Frankfurt, the city located in what is currently Germany but which was then a part of the Holy Roman Empire. During that time nobody could guess that the child, who was born in the Judengasse, the Jewish ghetto district set apart from the rest of the city, would eventually rise to found one of history's most prosperous banking empires and become the head of the wealthiest family in modern history.

1. The unmistakable importance of fostering and maintaining good business contacts.

Mayer Rothschild would not have had any of the opportunities that came his way were in not for the fact that his extended family had made and maintained business contacts with Jacob Oppenheimer. Because they had, Mayer was able to spend years as an apprentice, learning about finances and trade. Then, early on in his career, Rothschild made a contact for himself as he became the rare coin dealer for Wilhelm IX. Just the business that the Elector brought was enough to secure a comfortable future for the young banker, but rather than to simply accept that he used that as a stepping stone for his career, spreading his business to Wilhelm's social circles as he worked to heighten position in dealing with Wilhelm's finances. Soon, Wilhelm IX was fronting capital for Rothschild to make loans internationally. Much of Rothschild's lifetime of business can be traced back to that one business connection. Similarly, as a business person today it is critical to look for business contacts who can further your career or who can open doors to those that can. No, it is unlikely that any will be quite so significant as a member of the Holy Roman Empire monarchy, but any new contact can be what bridges the gap between just getting by and great personal success.

2. Always look for new ways to diversify and expand.

If Mayer Rothschild has simply been content dealing in rare coins for his entire life then history would have very likely forgotten his name. Instead, he took advantage of every opportunity that came his way, becoming a banker and dealer of smuggled goods in addition to handling the trade of coinage. As his profit margins increased he began to invest in other types of business, such as textile import. This is truly a testament to an idea that we often hear as being critical in today's economy-- to diversify your portfolio. It is a sound idea to make sure that you are making money in a variety of ways. It keeps your finances secure when a specific industry is in an economic slump. It allows you to find what is most profitable because you have an eye on many different things. Furthermore, it is important to make sure that you are always finding ways to expand your business and your wealth. If you are always looking for ways to become bigger and better, then potential clientele will take you more seriously. People want their money to grow, and if you are showing growth it is more likely that their money will come to you rather than to competitors.

The Rothschilds are such a familiar name to modern society because Mayer worked not just for himself, but for the future of his family. No, you don't have to make your business dealings with the constant focus of questioning whether a decision will bring your unborn great-grandchildren great wealth, but it can be helpful to look further ahead than the next paycheck. When you are investing, don't just look at the daily ups and downs of the Dow, look at trends of growth. When you are looking for advancement in your current job or are searching for a new one altogether, look for things that will help you in the long-term. Regularly put money into a savings account or a money market account and also direct at least part of each paycheck into some sort of retirement fund. When you can, move money into things such as certificates of deposit which can allow you to earn greater interest over years at a time. If you have the mindset of patience your money can start to bring in wealth on its own. Also, it is good to look at the fact that Rothschild had this sort of mindset in his business dealings as he frequently made business maneuvers that, though less profitable in the short-term, made long-term costumers. Always remember that if you look to the future, you will make better business and personal financial decisions.

4. It doesn't matter what your current circumstances are-- you can still be successful in the future.

Rothschild was born in a ghetto as part of one of the most widely-hated minority groups in history. He lived with over thirty other people in a small building as he grew up. And, in spite of having life's deck stacked against him, he came out ahead. Simply, if you are not currently in a position of wealth or of career-related success, you can still make great accomplishments. Most of what stands between ourselves and finding the success we desire is a personal belief that we cannot bridge that gap. But if Rothschild could motivate himself to keep on trying, working hard and working smart, then we can do the same. If you feel like you are stuck then remind yourself that there is more that can be done, that there are more opportunities available if you are just willing to put in the time and effort to look for them. Rise above your circumstances, whether they be low or already elevated-- there is always more that can be accomplished.

5. The value of education and training.

As previously illustrated, Mayer Rothschild didn't exactly look like he had a bright future when he was young-- but he did something to change that. He spent six years as an apprentice to Jacob Oppenheimer. That surely was six years made up of long hours spent working hard and studying. As the result of that, he went from being a boy with very few prospects to being a 19-year-old who was starting his own business that quickly managed to bring in the patronage of royalty. We cannot expect to find similar success without putting in the effort to learn our craft or trade, be it through getting a graduate degree or through on-the-job training. Always seek out ways to expand your knowledge and skill of your profession. More knowledge means more job proficiency which means more business and profits. This doesn't mean that you can stop learning once you've learned enough of the basics to adequately perform your job, though. Also, Rothschild maintained a network of business contacts so that he could always have the most up-to-date information applicable to his business. It is important to follow this example, continuing to get the newest training or even to just keep up to date on news and industry material. All information gained can be used to your benefit. It is never a waste to spend time gathering knowledge.

6. Don't be bound down by conventions of business.

Rothschild found his enormous success in part because his ideas were so revolutionary in the field of banking. His ideas-- many of which seem like common sense, such as financial confidentiality-- have shaped the basic business practices and operations of banks, credit unions, and other financial institutions for the period of over two centuries since he was alive doing business. It is important to remember that innovation can fuel business growth. So, allow yourself to think outside of the box. Explore your new ideas and implement them. Bringing new ideas to the table will set you ahead of competition and bring greater profits. This has proven to be true in every industry.