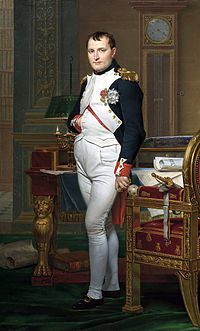 Napoleon Bonaparte was ruthless in many ways, but we can still learn some valuable business lessons from him:

Napoleon is a great example of building trusting relationships with those he worked with. He knew all the officers by name and learned about their home town and family. He would greet officers by name and talk to them about battle strategies they had used. This connection he built with his soldiers must have built the trust needed to have them follow him willingly into battle. If Napoleon was a CEO, he would know the managers he worked with, would address them by name, would know their birthday and would talk about how their role played a part in the company. Remember people make up a business. People are powerful. They can feed the company with ideas, warm smiles to customers, knowledge and experience. They can be a great resource to the customer bust must first be appreciated.

Perhaps one of the greatest things Napoleon is known for is inspiring his army. The trust he gained with those he led may have been one of the driving factors which helped motivate them. When comparing Napoleon to business we can think of those “Monday mornings” which every worker is so thrilled about. How can one motivate their workers in such a way as to adjust the attitudes of similar tones into enthusiasm? Napoleon recognized and appreciated his brave soldiers. If we all noticed the hard work our employees have done maybe they would be more willing and enthusiastic about future work. 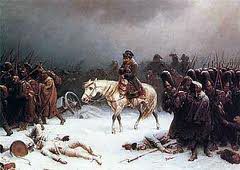 3. GratitudeAfter their first victory, Napoleon demanded gold from those he defeated. He dispersed the gold among his army. This gesture helped win the hearts of those in his army. This goes back to the principle of recognizing employees. In those small victories in which your employees have been a part of, do you disperse some of the gold which was won by showing your gratitude or by recognizing highlights which are attributed to their work? Doing this can gain their commitment when done with sincerity.

Napoleon knew what would make his soldiers hunger for victory. Soldiers in Napoleon’s army could rise in the ranks through notable action. He was known to find qualities in the solders such as the bravest man and recognize him. In his speeches he would give his soldiers a vision of what was in store from their victory; he would talk about the gold. If we were to run a business like Napoleon, in this aspect, our employees would see our vision clearly. They would know their place in the vision. We update them on the status of the projects and let them know the good they have done in bringing it about. 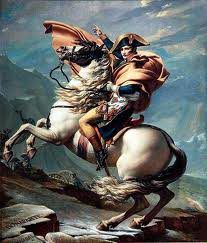 5. Focus on leadership
In Napoleon’s army the leadership was divided very well. Under him there were many other leaders. This brought in the idea of “divide and conquer.” In a business setting if there is one leader and the rest or followers the problem arises when employees are trained to simply carry out orders but waste time waiting for orders to come. When leadership is understood throughout the company it is the vision that is passed rather than simply orders making it more productive and freeing up time for top leadership.

“Ability is nothing without opportunity”

“Death is nothing, but to live defeated and inglorious is to die daily.”

“A leader is a dealer in hope.”