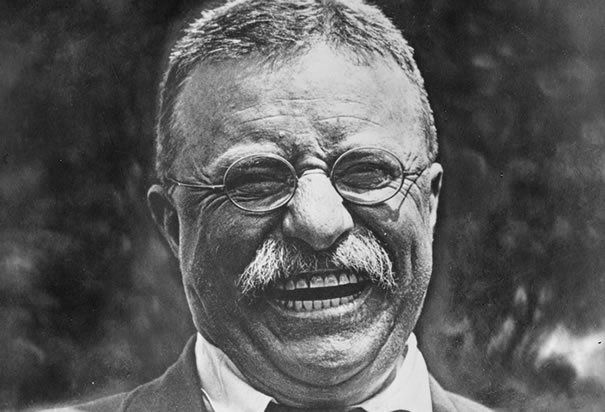 Theodore Roosevelt isn’t usually mentioned as one of the greatest presidents, but there is much that business people can learn from him.

President Roosevelt invested in people. He would study up on the interests of the guests he would be entertaining the following day. He knew how to be interested in people he talked with. There is a great human need to be appreciated, loved, and accepted. When you speak with someone about their interests and focus on them you are making an investment in them. You are showing that you value their interests. In turn they will be more willing to listen to and value your interest. It is a basic law of reciprocity. People generally perform better when they enjoy what they are doing. A small investment in others will yield returns in a business. We study the industry trends, the economy, politics and laws that may effect our business, why not spend a little time following the trends of and getting to know the people who actually make up the business and allow it to continue to operate every day.

When making important decisions Roosevelt was known to study things out carefully and thoughtful. One the decision was made he would take first, fast and fierce action. You can think of him as a quarterback. Metaphorically he would study the field, call the play, receive the ball and energetically and strategically get the ball where it needed to go with speed and confidence. We are never going to get all the information there possibly is about any given thing. As a business owner you must be able to take action and take it swift, strong and confident when you have gathered enough information to lead to a logical decision.

As president he communicated his vision as the “Square Deal.” He was able to stick to his vision. His vision in the square deal was to protect consumers, promote ethical business practices and conserve resources. He was very successful in the execution of this vision. Perhaps the reason he was so successful was because it was his focus. Vision and focus are inseparable. Consider a microscope. Seeing is vision but focus determines the detail you are able to see. The broader the vision, the less focus there is. Just as Roosevelt was able to break down trusts of corporations through his vision and focus, businesses are able to break into the competition by having a vision and focus. How can you describe the uniqueness of your company in one sentence? How about in a paragraph? Are the people in the company able to come up with the same vision as you in one sentence or a paragraph? Would your customers be able to come up with the same points you see in your vision and focus of the company?

Roosevelt was a man of great energy. Those who were around him could feel the energy coming from him. He was both physically and mentally energized. Just as energy is needed to move an object, so is it needed to move an idea. Great business leaders have energy which they can transfer to others to move ideas. One can feel the energy coming from them and it passes to them in a contagious-like manner. Consider the energy level of your company. Is it strong enough to move your vision?

A large part of the square deal was the focus on ethics of businesses. Roosevelt worked hard to pass legislation which would improve the sanitation of food which was processed by businesses. He had the consumer in mind and and did what he could to protect the consumer. This is one of the critical points to consider in terms of ethics; what is best for the consumer. It is important to understand the legal side of the business. Many unethical loopholes can be avoided by considering the needs of the consumer.

“Far better is it to dare mighty things, to win glorious triumphs, even though checkered by failure… than to rank with those poor spirits who neither enjoy nor suffer much, because they live in a gray twilight that knows not victory nor defeat.”

“Do what you can, with what you have, where you are”

“It is hard to fail, but it is worse never to have tried to succeed.”

“The best executive is one who has sense enough to pick good people to do what he wants done, and self-restraint enough to keep from meddling with them while they do it.“

“Big jobs usually go to the men who prove their ability to outgrow small ones.”