Albert Einstein - One of History's Greatest 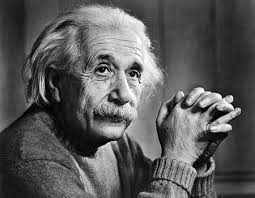 Albert Einstein is one of the most known scientists in the world. The theory of relativity changed the way people studied physics and quantum mechanics. His name will always be included in the books of history because his accomplishments had a great impact in the progress of science. He won the Nobel Prize in physics in 1921, and of course he is also known for coming up with the famous formula e=mc^2. He was born on March 14, 1879 in Germany.

Although he is known as one of the smartest people in the history of the world, growing up he was not known for his intelligence. In fact, his parents were worried because was very slow to learn to talk. Even after he learned to talk, he always struggled to communicate with people. His family said that he would first whisper things to himself, and then he would dare to tell them out loud. His parents feared he would never be able to communicate effectively with people. He was also known as kid for being rebellious, which caused him to sometimes not do so well at school. Despite any difficulties he might have had at the beginning, he did go to school, and became interested on different subjects. He read essays by philosophers like Immanuel Kant, and other important thinkers. He was a curious boy, which helped him become a great scientist.

His parents were Jewish, and they came from Swabia, Germany. Although they were from Jewish descent, they did not practice the religion, and Albert actually went to a Catholic school for a while. Albert actually became really interested in the subject of religion despite the fact his parents were not religious at all. However, his interest in religion was not enough to make him feel comfortable at Catholic school; according to Albert, his classmates discriminated him for being Jew, and he always felt like an outsider. Even at home he seemed to spend a lot of time alone thinking and meditating on different things.

One of the most famous stories told to show how curious he was as a kid is the one about the time his father gave him a compass. Albert was around 5 years old, and one day he was sick lying in bed, when his father brought him a compass. Albert was amazed by the fact that the needle was moved by a force he could not see. The fact that something could be moved without anyone touching it, or without the force of wind, or something else palpable amazed him beyond words, and left him with big impression. He even said “I can still remember that this experience made a deep and lasting impression on me, something deeply hidden had to be behind things.” This experience with a small object started his curiosity for the world around him, and his thirst for knowledge.

Albert Einstein was a complex man. He was considered to be a solitary; he liked spending time by himself meditating of different things. However, he was also a man who was extremely interested in his surrounding, and in finding answers to questions no one had dared to ask. He is a great example of someone innovative, and of someone who dares to imagine what nobody has ever imagined. He believed in exercising freedom to think, speak, and express your ideas. Although in some ways he was rebellious, it was mostly because he thought it was important to learn in an environment that allowed new ideas to be developed. He is a great source of inspiration for people who want to be remembered as intelligent, and inventive. Business people could use his life example to make their company grow, and to make it last long and stay current. Even though many thought of him as weird and outsider, he was perseverant, and he was able to gain the respect and admiration of his colleagues.

1. If you don’t succeed try it again…a different way.

Despite his great intelligence, entering the academic and scientific world was not easy for Einstein. He found it hard to adapt to certain teaching methods, and it took him a while to find schools that he liked, and to get his doctorate degree. However, he always kept trying, until he actually graduated with a PhD. It also it took him a while to gain the respect of other known scientists. Still, he worked at a patent office while developing new theories, writing many long essays, and even trying different career paths. He liked to try doing things differently until he succeeded. He even defined insanity as “doing the same thing over and over again expecting the same results.” As a scientist he was probably used to seeing theories fail, but he had to try doing certain steps differently to see any changes in the results. The world of business works the same way; you have to be creative and try different methods or steps in order to see a difference in the results. When things are starting to go down with your business, you need to be able to recognize it, and to decide to make changes. If a certain method does not work, then you have to try a different way. You cannot expect things to improve magically without making any changes, or trying different solutions for a problem. This is especially important in business because the world changes so much, and there is so much competition, that you have to be able to adapt to different situations and to come up with solutions to every new challenge you encounter.

2. “You have to learn the rule of the game…and then you have to play better than anyone else”.

Albert Einstein discovered since the time he was a young boy that the world was a really interesting place full of mysteries that were yet to be uncovered. The experience he had with the compass that his dad gave him made him realize how exciting studying sciences could be. Although it took him a while to graduate and to become a respected scientist, he did it thanks to the fact that he spent time from a young age reading scientific essays, and learning about different theories. He knew he wanted to be part of the scientific discussion so he spent time learning different things, and he also spent time writing and entering the debate. He knew a lot about the field he wanted to be part of. His greatest theory took him years to develop, but when he finished it, it changed the way physics was studied. In the same way, business people who are successful learn almost everything there is to learn about the market place they want to succeed in. The business world can be very tough because competitors are always looking for ways to be the most successful. If you want your business to keep doing great, you need to make sure you understand how your product works, how it is best produced, how you can improve it, and what the market place is like for that product. Then, you have to make sure you are always looking for better ways to do everything and to improve your product.

3.” Imagination is more important than knowledge. Knowledge is limited. Imagination encircles the world.”

Although cared a lot about knowledge, and he always spent time reading other people’s essays, and studying other scientific theories, he also used his imagination quite a lot. He used his imagination to consider how his knowledge could explain things. This application resulted in the discovery of new knowledge. The progress he made in physics and the scientific world would have been so limited if he had only focused his energy in learning things other people had already discovered. His creativity was what separated him from many other academics. The ability to use imagination and create different situations is very important in business as well. The most successful people in business have usually been those who dared to be innovative. They usually look for ways to make products or services even better. They dare to imagine things that do not even exist at the moment, and they dare to think of ways to make those things a reality. A business cannot simply survive on the intelligence and hard work of the people who run it, imagination and innovation are also needed. Creativity allows companies to stay ahead of their competitors, and to remain successful for many years. Things can always be improved, and the lives of people can always be changed for better when business people dare to imagine new ways to do things. Creativity is the only thing that can separate your business from the other companies who specialize in your market.

4. Apply Perspective on Your Accomplishments

Albert Einstein was able to accomplish many things, yet he always looked for ways to find more new things. Once he was able to get his PhD, he did not stop there, he kept improving, and he became a professor with many job offers. Even after he accomplished that, he kept working on writing essays, on developing new theories, and on finding explanations for different phenomenon, even one that he could not see in nature. He never stopped learning and discovering new things. A business cannot survive if it is run by someone who thinks that things can never be better from what they are at the moment. You always need to look for ways to expand your company. Even if you are able to accomplish great things, you need to keep searching for other ways to improve a different aspect of your company. Companies like Arm and Hammer did not stop at selling baking soda for baking purposes; they looked for other ways to sell their product. They expanded to the market of cleaning products using baking soda.

5. Look to Get the Power of Credibility

It took Einstein some time to get the respect from other scientists and academics. He was not always the famous scientist that everybody thinks of when they hear his name. Whether it was due to his personality, his race, or other factors, it was hard for him the get credibility. His papers finally received attention when a well-known physicist of the time, Max Planck, took interest in his work and even showed evidences of Einstein’s hypotheses to others. Einstein needed the connection of a credible fellow scientist in order to be considered as a credible scientist himself. Businesses work in a similar way. You probably have noticed this in your life; people usually tend to buy products or services that are recommended by other friends. Also, the name of the brand, the place where is sold, or the type of marketing campaign can influence a lot the way people feel about a certain product. Therefore, it is important that you look for credibility; this can mean you need to have good connections, or that your product is approved or recommended by an authority respected by people. Whatever market place you are pursuing, you need to spend some resources in obtaining the type of credibility that will make consumers want to buy your product.