Alan Rufus - One of History's Wealthiest 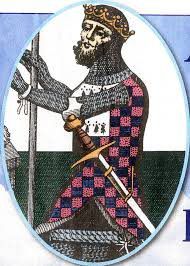 A little known French immigrant, Alan Rufus, also known as Alan the Red (Alain le Roux) due to the color of his hair, was the wealthiest person in British history, according to a book entitled The Richest of The Rich, by Philip Beresford and William D Rubinstein, 2007. When he died, more than 900 years ago, Alan Rufus was worth £81 billion ($136.85 billion in US currency), in modern monetary terms. He owned 250,000 acres across Yorkshire, Norfolk, Suffolk, Cambridgeshire, Northamptonshire and London – which was given to him by his uncle, William the Conqueror, as payment for suppressing the Saxon rebellion in the North. He died in 1093, at the age of 53. “Nobody is likely to be as rich as Alan Rufus again,” said Mr. Beresford.

Alan amassed his great wealth by being of service to his commanding officer who became his king. Not every business will prosper, however those whose main focus is service to its clients and its employees will do better than otherwise. Alan went beyond the successful Battle of Hastings and overthrew the rebellion and warfare in what is now the North of England and was rewarded handsomely for his efforts. In our modern era business owners are not awarded with tracts of land. Being of service now has its own rewards in repeat business – loyal customers who will tell others.

Alan used his good fortune to build castles, structures that were made to last. This style of remembrance is carried on today by business owners who purchase sports teams and put their names on the stadia. Others build casinos or hotels. A very few build hospitals and housing developments. Of all of these, the latter are the ones whose builders have the greatest impact and whose contributions are the most appreciated. People may not remember what someone has done but they will always remember how another’s actions made them feel.

The records aren’t clear as to the actual relationship between Alan and Gunnhild but it seemed clear what his actual intentions were. Marriages of convenience were prevalent even as late as the end of the 19th century in some parts of the world. This coin has two sides these days: young people develop a process with dreams of being bought out by a large company and big companies have a division whose job it is to keep an eye on things and see if there is a smaller company whose acquisition will help their bottom line. The few Mom’n’Pop businesses that survive are run by those whose dream is to make a living by offering something that someone else can use.