Advice from the King 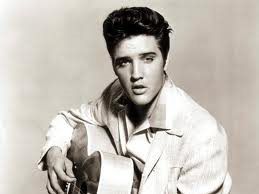 Elvis Presley was the king of rock and roll, but business leaders can also gain a few insights from him:

1. Courage to try something new

The music and performances that Elvis did at the time were considered very new and different from what people were used to. He literally set the stage for the rock era and inspired many other artists. Many entrepreneurs are like Elvis; they find what the people want and have the courage to do what others have not done before or ways people have not done things before. It is also an attribute of theirs to have confidence in their pioneering. Think of Elvis who questions his abilities and lacks confidence. It is hard to grasp a mental picture of this. He probably would not have had his success if he had not had the courage to do things differently.

When you hear the name Elvis there are several things that come to mind. You think of the hair, the swaying hips and the famous words, “thank you, thank you very much.” We also often hear of Elvis impersonators. He did such a great job of branding himself that attributes of his brand live on today. What is your brand? How is it recognized? Could it, like Elvis, be impersonated? Think of what you want your brand to be, how you want it to feel, and how you want people to remember it and create something unique and memorable.

3. Being discovered by the right people

It should be quite obvious that Elvis would not have had the same successful music and film career had had if he had not been discovered. He had gone to a recording studio to get a recording of himself where he was discovered by a record labor owner (Bio.com). It was this man who introduced him to the world where he quickly gained his fame and reputation. Without this first meeting he may never have reached the fame he has. Who needs to know about the products or services your business provides? Who can get you in contact with these people? What value can you bring to such people? Suppose you just created a new type of headphones that will revolutionize the way people listen to music. You could go door to door and let the news pass by word of mouth. But if you developed a business relationship with people in a retail chain, that might carry you to success much quicker.

Elvis started a new era of music. He opened the doors to a new type of music. The problem is, he was bumped out of the picture, for a while, by some of those who entered the open door he created. When the Beatles became a new sensation they bumped him out of the spotlight for a while. When applying this to business, we need to remember that reputation is important but being the pioneer of a product or service does not guarantee a lasting title of leadership in that area. Intelligent people will see the value of what you have to offer and may learn from your downfalls. They may find ways to improve on your idea. Always stay on top of the market.

As Elvis became busy with his many films and performances he became distanced from his wife. Eventually he divorced. His problems deepened. Elvis loved what he did, but he didn’t have a balance between his work and personal life. This is a lesson we can all learn in business. No matter how much you love your job, you must find a balance between your work life and your personal life.

“Ambition is a dream with a v8 engine”

“The image is one thing and the human being is another. It’s very hard to live up to an image, put it that way.”