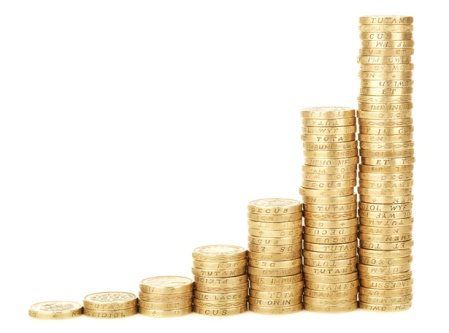 coinsMany people want success but don’t know what it is. How can you achieve success without a definition of what it is? Success is not something that is all encompassing in and of itself. You become successful when you fulfill a predetermined purpose. W. Clement Stone once said, “Definiteness of purpose is the starting point of all achievement” (Success.com). Hikers who strap-up their boots and go for a hike will never reach their destination if they don’t have one. Similarly, businesses that don’t have success defined will never reach success because they don’t know what to reach for. Start with your purpose or mission as a business. Let’s consider Walmart. Walmart’s mission is, “We save people money so they can live better” (Walmart). It has gained a reputation for its low prices and its main advertising campaigns have stressed it. They have had success as they have accomplished this purpose. If you don’t have a set definition of success for your business and don’t know where your business should go, it will go out of business.

2. Desire for Success Does Not Grant Success

It is easy to fall into the trap of empty enthusiasm. This happens when our internal passions don’t translate into outward actions. All too often goals are made with energy and passion and this passion and energy fade out as soon as we write them down on paper. It is easy to get caught in the trap of thinking that desire equates to accomplish. Make sure you don’t end up spending all your time planning and forget the doing.

The trick is being able to keep momentum after the initial emotion which led to change has subsided. Miguel de Cervantes once said, “Diligence is the mother of good fortune, and idleness, its opposite, never brought a man to the goal of any of his best wishes” (Forbes). Whether the lack of diligence is inadvertent or not, the consequences remain the same. We hear all kinds of tricks to success, but when it comes down to it there is little that can replace rolling up your sleeves and getting to work.

Simply reaching success and not sustaining it is a common downfall. The most common example can be seen when people have a goal of reaching a level of physical fitness. They work hard sweating, watching their weight and eating spinach salads with balsamic vinaigrette dressing to lose 15 pounds. Often when they reach their target weight goals they celebrate and pack the pounds back in a couple weeks. Businesses experience this phenomenon as well. They set evolutionary or revolutionary goals to improve margins and take a bigger chunk of the market. All too often these goals are accomplished but not sustained. Sometimes this is a lack of motivation and sometimes it is budget constraints which need to be sorted out. Businesses should consider success as a defined level of performance which is outlined by systems and sustained through correct attitudes and processes.

4. The Formula of Success

Correct patterns lead to success. We see these patterns of success all the time. When such patterns are seen consistently over time and have been scientifically tested they end up in college textbooks or as part of professional certification tests. You can learn to do those things which lead to success by increasing your understanding of correct business principles. Taking the time to learn business standards which apply to the specific business goals you are working toward will help you find the patterns of success. For example, in an article published by Knowledge@Wharton it spoke about how “moral” and “emotional intelligence” lead businesses to successfully surpassing competition (Knowledge@Wharton). Other academic publications and studies are available which give statistically backed conclusions you can use as you push forward toward success.

5. Learn From the Success of Others

Learning from other successful business leaders can help you find patterns which lead to success. One of the most important lessons you can learn from successful people is their attitudes. Opportunities come and go, previously gained knowledge can be disproven as science moves forward, and technology changes, but successful people have attitudes which allow them to be successful despite things which are out of their control. One of the common themes you will find as you look at successful business leaders is that they are willing to do things that others are not willing to do. They are willing to put forth a little more thought, effort, passion, and work than the person next to them. People don’t usually successfully reach their goals by doing what everyone else is doing. Basic math tells us that if we do what most everyone else is doing we will probably be close to the average. If we are close to average performance, we cannot expect above average outcomes. Find business leaders who you can look up to as role models and learn what their attitudes and philosophies are. Step into their shoes and learn the patterns and attitudes they lived by. Learn what they have done different from others.

6. Associate Yourself with People who Achieve

Associate yourself with people who are successful at reaching their goals. As you associate yourself with people who have had success in their endeavors you will be able to learn from them. You may be able to connect with others in their network who can help you achieve your goals and whose goals you can help achieve. Remember that environment has an effect on behavior. By associating with successful people you recognize some of their patterns of success. Learn how to network. Gain an intelligence for business relationships.

So often we see people who have defined their success and have had the formula of success and have the passion to be successful, everything dies off before they reach success. Just about everyone has felt that fire of passion to achieve that seems to be unquenchable at sometime during their life. Successful people are able to continue even after the initial emotion which led to their desire for success has gone down. If you have ever been involved in a race or have participated in a strenuous sport, you understand that starting is usually not the tough part. It is not the hills or the sprinting that kills you off. It is the last mile or the last quarter that really tries your endurance. Don’t lose sight of the reason for what you are doing.

Forbes. Thoughtes on the business of life. n.d. http://thoughts.forbes.com/thoughts/perseverance-miguel-de-cervantes-diligence-is-the. 24 November 2012.